Is it hard to talk about it? Real pain always tries to hide. The things that we try to deny, even to ourselves, are the things we know have huge emotion in them. If they didn’t hurt so much then we wouldn’t shy away from the memory. That pain, or guilt, or shame, or fear, is an emotion you don’t think about much but it’s always there, always pushing your emotions unconsciously.
You’d be amazed how many people go for help but hold back about the core issue that hurts most. I regularly see people who have been in counselling for years but who never told those counsellors what their secret was. Is it any surprise they didn’t get better at that time?

So, what was it that got them to tell me? Well, firstly, I don’t ask. It’s not a ‘talk therapy’ in that way. If the hurt/emotion is that strong you are not likely to talk about it. Asking will just create fear. But getting you to understand that the emotion is actually trying to help you – that it’s trying to keep you safe from repeating the experience by keeping this pain secret – is key. The problem isn’t what happened then. The past doesn’t bother us; the current reaction in the brain here and now is what matters. Sure that was laid down in the past but this is the present. There is something active in the present and that’s what is holding you back.

Reducing the emotion triggered by that memory unlocks the pain and lets it reduce. That’s what happens before I’m told what the issue really is, in those cases where it couldn’t be talked about. For so many things in life, talking about it will make it better, but if it can’t be spoken about that’s fine. There are other approaches too. I often don’t know what the memory or issue is that I’m treating. I don’t need to, it’s not a Woody Allen movie, you don’t need to talk it out and cry it out to get better. That can work, but it’s not the only method. Once it feels less of a big deal usually the person talks about it, but you don’t have to unless you want to.
The core message is ‘Don’t let not being able to talk about it hold you back’. You can get better and keep your privacy about the event. The things that are most difficult, are the things that create the most unhappiness, often without us being aware why we feel bad.

I’ve seen one lady who had 9 years of therapy and never told anyone what the problem really was. I was the first person she ever told, and only because we reduced the emotion brought on by what we called ‘The thing you can’t tell me about’. For the first time in her life she engaged with the problem and made it better. It was a privilege to see.

No matter where you are in the world I can find the nearest person to you with the right skill-set. Feel free to get in touch and let me know where you are and I’ll do my best to find you the help you need.

I spent three-plus decades suffering anxiety and depression because I didn’t find the help I needed, don’t let that be your story. Reach out and make your life better. 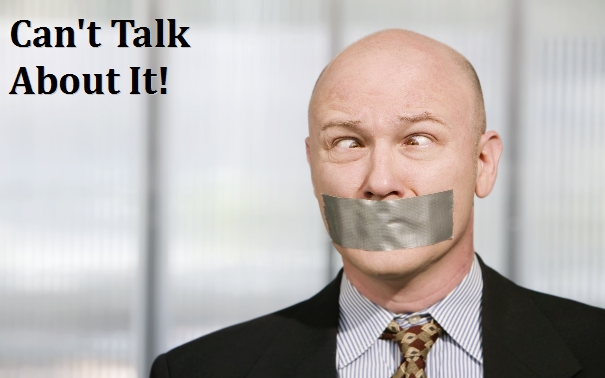 Tips to deal with Anxiety Part 1