10 Most annoying things about living with anxiety, #7 crushed me.

This week in clinic I was struck by how many people had lived with anxiety for years and simply accepted it, just like I did before overcoming it. They get used to behaviour such as avoiding groups of people, holding back from speaking up, being fearful of travel, constant second-guessing of every thing and seeing the worst case scenario all the time. These things, and more, mean they are just avoiding parts of life and pretending it’s not a problem.

When I was in a really bad state with anxiety, I engineered life to avoid the things that made me feel bad. That felt like a win, but the reality was that I was just putting more and more of life out of reach as I went.

I can’t count the number of people who avoid what makes them feel bad rather than break that cycle, even when it really holds life back.

If we look at public speaking as an example of something which so many people fear, it’s easy to see the problem. I keep meeting people who avoid jobs that would require them to make presentations, in order to prevent the bad feeling. One person had dodged like this for years until they were offered a raise of €30,000 which they couldn’t bring themselves to accept as it was linked to making presentations at work. Isn’t it crazy that it takes something of that magnitude for us to realise what we’re doing? It’s easy to lie to ourselves and say ‘it’s not a problem’ until something throws the issue into our face.

Here’s a list of 10 things that I tried to avoid when I was at my worst with anxiety and depression:

1. Phone calls. I just hated making calls and always put it off. Great strategies like deciding I could only call them about 7pm so as not to disturb them at dinner or when they had started into something for the evening, meant I only had to miss that hour to decide ‘it’s too late now, so I’ll leave it until tomorrow’.

2. Frustration at not succeeding. Anxiety makes us hold back and avoid so many opportunities, but it doesn’t make that feel any better. Seeing all the things I wanted to do going unfinished, built huge frustration and reinforced the feeling of not being able to succeed and being a failure.

3. IBS. Not a pleasant one this. Pressure to go to the bathroom when stressed, hits a lot of people. Some also get constipated or experience a sick feeling when pressured.

4. My mind never shut off. I was over-thinking everything and kept having stuff go round and round my head for ages. Everything was over-analysed and second-guessed to death.

5. Insomnia. From the ages of about 14 to 36 it took me an average of 2-3 hours to fall asleep each night. I lived in a constant state of tiredness. Often running on adrenaline for a day or two of frantic activity but then crashing and being completely wiped.

6. Comparing myself to others. With so much to bring me down, it became easy to feel bad about every aspect of life and to compare myself negatively to friends who had ‘done well’. I could never feel good about any success because my mind was looking for what should have been better or which part hadn’t worked. It didn’t matter what I did. I never could bank a good feeling or hold on to success. A 99% achievement would be a failure with that mindset, as the 1% that went wrong would occupy all the space in my mind.

7. Classrooms. I simply couldn’t handle classrooms. My concentration was poor due to the distraction of anxiety, but there was something about a room full of people in a classroom session that was terrifying. I booked (and even paid) for so many courses yet, more often than not, panic would well up before I went and I mostly simply skipped them. This held me back so much in life. It wasn’t until I returned to studying in my mid 30’s that this changed. All the while up to then, I was feeling left behind, stupid, and frustrated. Even though all the anxiety issues have now gone away in my life, this is the most surprising one for me. I could never have imagined this change, but I’ve gone from not being able to sit in a room as a participant, to where I love being at the front of the room speaking. This September I’ll even be speaking as part of Camexpo in London’s Olympia, and I can’t wait. You have no idea how weird it is for this to feel so good 🙂

8. Social situations were a real challenge. Even though I’d enjoy time with friends when I was out, I’d dread it for days before hand. The knot and churning in my stomach would get worse and worse and often I’d just avoid going. I could ruin a month in my head just by having a big social occasion at the end of it.

9. Being hard on myself and beating myself up. I can’t count how many people have said they shared this one. When something went wrong it wasn’t just a thing of the moment. That over-analysing mind would combine with bad feeling to keep things going round and round for days. A small thing like a question that threw me would turn into ‘do they think I’m an idiot for not knowing the answer’, ‘I should have said something else’, ‘why am I always getting it wrong’, ‘It’s always like this’, and so it would continue, and continue…

10. Always seeing how something could fail and never how it could succeed. When we’re looking for what could go wrong (which is what anxiety does) we’ll always find problems, and what’s the point of trying if you ‘know‘ it will fail before you start, right? This ate my life. We often don’t notice this so much as it just seems ‘how it is’, but the opportunities we miss with this mindset are huge. It is also usually very frustrating for those around us to always be met with what they see as negativity, when it is actually the only we can see in that moment.

Believe it or not, even with all this going on I wasn’t aware I had anxiety! For me it was just life. It was the only life I knew, and so it was ‘normal’ for me. I thought I was lazy, stupid, lesser than everyone else. I hid from life. I let a lot of happiness pass me by.

Only a complete collapse of my health forced me to notice what was really happening. Then I had to stop avoiding and start changing. That was a lot easier than I expected, but of course I thought it wasn’t possible and that I’d fail, so it wouldn’t have been hard to have an easier time than I expected 🙂 Yet that’s what most anxious people expect – ‘I can’t change’. Most of the feelings anxiety gives us are false – ‘I’m not good enough’, ‘everyone else seems better’, etc. are just as false as this one.

Whatever you’re avoiding, trust me, that is the thing that can open up life for you. Challenge it, you don’t have to have the answers at the start, you just have to be willing to look for them.

Change is easier than you think.

Wishing you an amazing life, 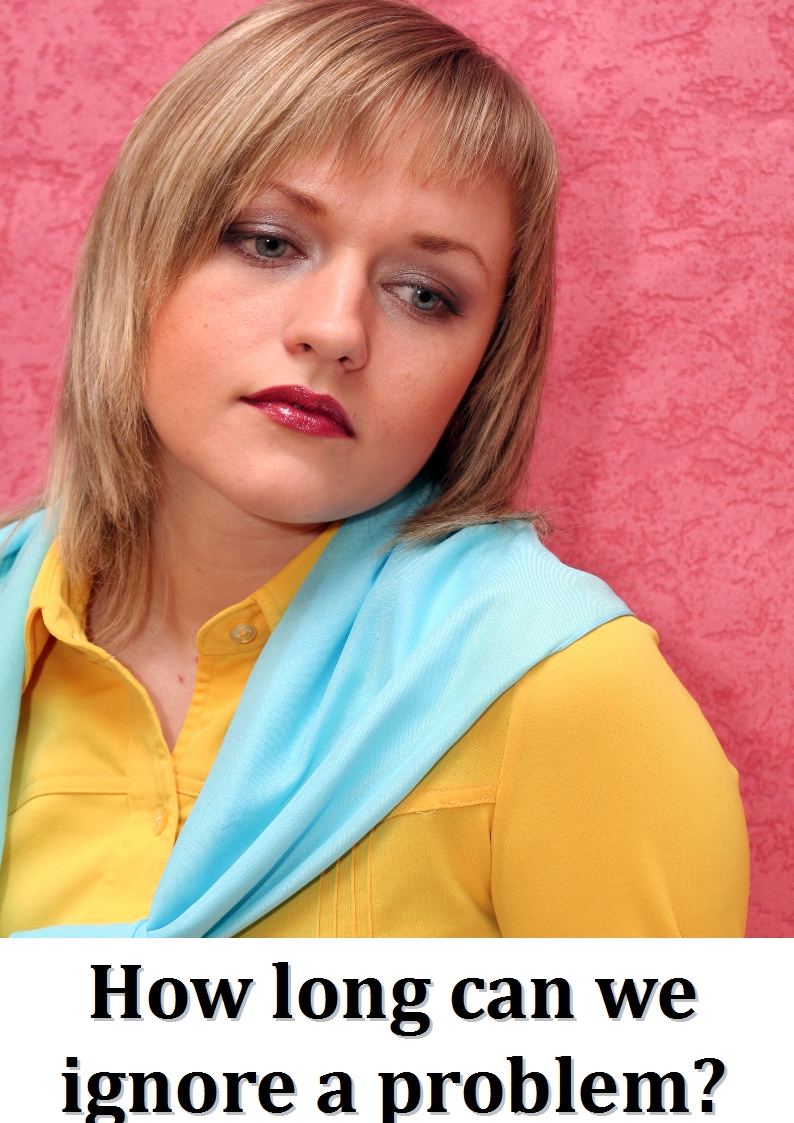 Worrying, second guessing, and putting off. The huge cost of anxiety.

If you want to know what’s going on in your mind, notice the feelings in your gut!

Everything is a chore when you’re anxious.